Behind the name Princess Reason you would probably look for a female musician, but the truth is different. Jack Stansbury formerly coming from College Park, Maryland – living now in Los Angeles, has been doing music under this name for a while. I remember following his music from its very beginnings and it always had a special place in my music collection. His songs have a special bedroom lo-fi vibe that is fitting for my taste. We worked a few times on compilations for my website and talk a little bit over Facebook about different music topics for quite some time now. I have decided to do a short interview with him about his music life as Princess Reason. 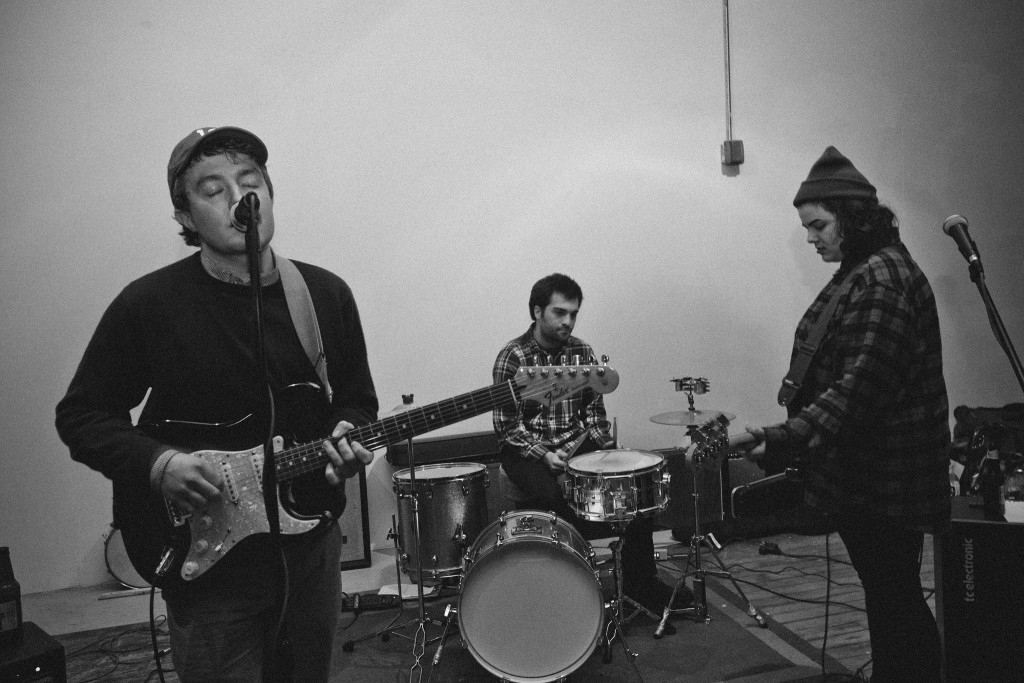 When did you start playing guitar? Why this instrument?

I started playing guitar when I was 14 because my friends played and it seemed like a fun time. I became obsessed with music very quickly. Guitar was the easiest to play, and you can start writing your own songs on it after you learn two chords.

Who was the biggest motivation for you?

My friends that were already playing and trying to create things in a new way. I always drew and made things, but this was something different.

Do you prefer writing music by yourself?

I guess so. I write riffs constantly and then pair them with some words, and eventually a song sometimes emerges. However, when the song is played by the band the other players bring their own compositions to it and it changes. I prefer when what I’ve done alone is brought together with other contributions.

What is the toughest part of writing process?

Turning a riff into something that sticks, that i actually want to play over and over again.

What are the sources of inspiration for your lyrics?

With lyrics I mostly approach them as an element that complements the sound of the song. The actual words come from observations, characters, a mix of things.

Have you ever thought about stopping doing music?

Not really, it seems like I can’t stop making it. It’s just a part of what I do on a basic level.

Your songs have specific sound. How did you achieve that?

I think it’s probably my voice, it isn’t particularly good but it’s different. With my home recordings a specific sound developed just out of my limitations.

How did you end up with name Princess Reason?

Princess Reason is the name of a character from the book The Phantom Tollbooth by Norton Juster. It is a book with a lot of puns, it’s one of my favorites. It is worth checking out, and definitely worth showing your kids (if you have any).

You have moved to California. What was the reason? Do you miss your hometown?

I moved to California to work in film, but I wasn’t very happy in LA and I came back to Baltimore. I’m very glad to be back home. I met some nice people in Los Angeles that I remain friends with, but it wasn’t for me.

Did the moving affect your music?

Not really in any kind of sound or genre way, I had less access to recording equipment in LA so that changed my recorded sound a little bit. I didn’t have drums so i used a keyboard drum track, and my amp was my roommates bass amp.

You were part of college label Tricot Records. Was it hard to have left it behind?

It is something I miss, but I also realize nostalgia isn’t worth spending a lot of time with.

You are planning a new release. What should listeners expect?

This is the first release to be recorded with a full band. I’ve been very lucky to play with great people. Mike (Drums) and Morgan (bass, vocals) are terrific musicians. It’s also the first release to be recorded outside of my room. We recorded the songs here in Baltimore with Chester Gwazda and the sound quality and mixing has significantly improved. He was awesome to work with and I think the recordings reflect it.

What your plans with Princess Reason? Do you have any musical dreams?

I’d like to keep making songs and playing with friends. That’s about all I need from it.

What did you listen to when you were a child?

When I was young it was probably mostly Beatles and Stones. The first CD I bought was “Big Willie Style” by Will Smith.

Which musicians inspire you the most?

My inspirations change but I’m I’ve been pretty consistently inspired by musicians and bands like Silkworm, Double Dagger, Malkmus, and a whole bunch more in a list that would be boring to read.