Since I discovered Fog Lake, it has been a steady part of my playlist. I admire Aaron’s talent to create the atmospheric vibe coming out of his songs. His music has greatly influenced my taste and will always belong to my favorite musicians. Recently, when I heard that he was releasing a new album, I decided to approach him with few questions via email to ask him about not only his music life in Canada, but also his latest release on Orchid Tapes. 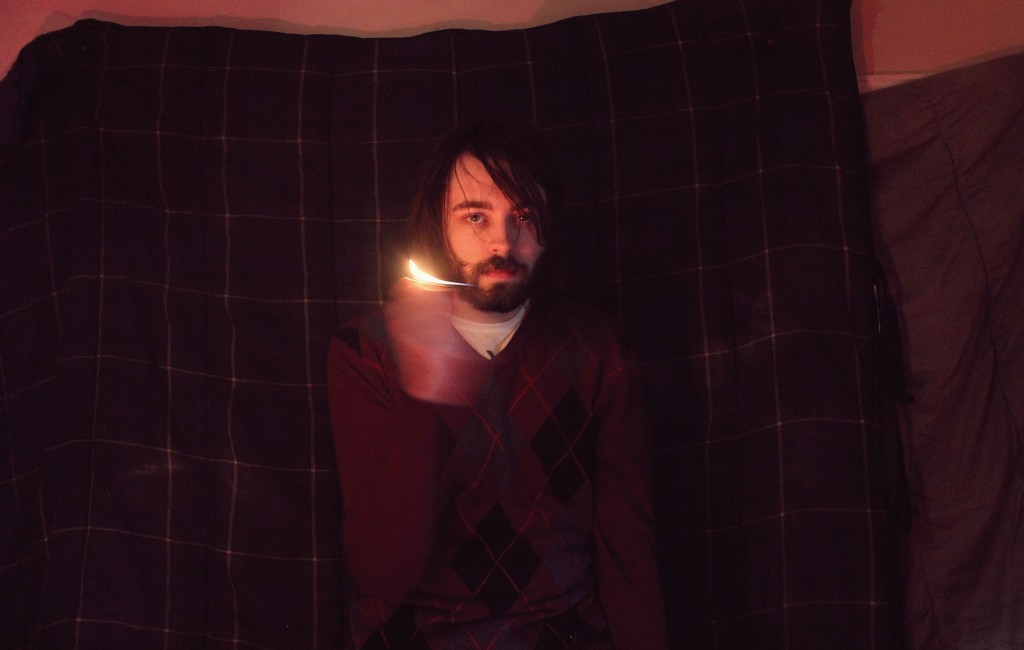 Aaron, you are not very vocal on any social media. Do you prefer “online solitude”? Do you like communicating over Internet?

Anyone who knows me well knows i’m a bit of an introvert. I’m always afraid i’ll make a fool of myself online. Maybe it’s just an anxiety of mine but most of the time I’d rather let the music speak for itself.

I do. I value my alone time a lot. If I didn’t, I don’t think I would have been able to have such an extensive output in these last years. I spend most of my time alone, for the better.

Do you remember when you first started getting more attention?

Yeah. I remember when I was delivering pizzas one day and someone told me that my song “Farther Reaches” had been posted on a popular youtube channel called “Majestic Casual”. Made my day. My music gained a very steady following after that. I’m very thankful for what they did for me, and I’m glad that they chose a song which I’m still fond of.

You are part of Orchid Tapes family. How did you met Warren and other guys?

Yeah. I’ve really only known Warren online. We’ve never met in person, yet. I discovered his project “Foxes in Fiction” on a forum and I always let him know how much his music helped push me to do what I do now. I think once I started making music, he realized we were coming from a similar place and I’m really glad he gave me a chance to be on the label. It was by far the best thing that ever happened to me and remains so.

You have released your music on cassettes. Do you prefer this type of media or was it a choice made by label?

I’m a fond believer in analog sound, even though I’ve not yet ventured into that path. I think putting out my music on cassette helps secure a sense of integrity and helps fulfill my own beliefs. Many of people I know laugh off the fact that I’m putting out music on such an “obsolete” device, but I don’t know, I really like the sound of a cassette just like someone would like the scratches on a vinyl record. It’s definitely an acquired taste.

Fog Lake’s songs have special vibe and sound. Was it a long process of creation or did you know from the start what your music should sound like?

Thanks. It took me a long time to realize that I really had a ‘sound’ to begin with, but these days I’m definitely a lot more self-aware. Whenever I’ve tried to branch off from Fog Lake, it’s never really worked out because I struggle to do something I feel is original. I would say it was a long process. I listen to a lot of my older material now and I just feel like I was trying to copy what was already done. Now when I listen to my new record, for instance, I feel like I can hear myself coming through and that’s fulfilling for me, providing something that comes from a real place.

Where do you get inspiration for your songs?

I can name you a lot of things that inspire my songs, but I won’t. Mostly just experience, and the ups and downs of this life. 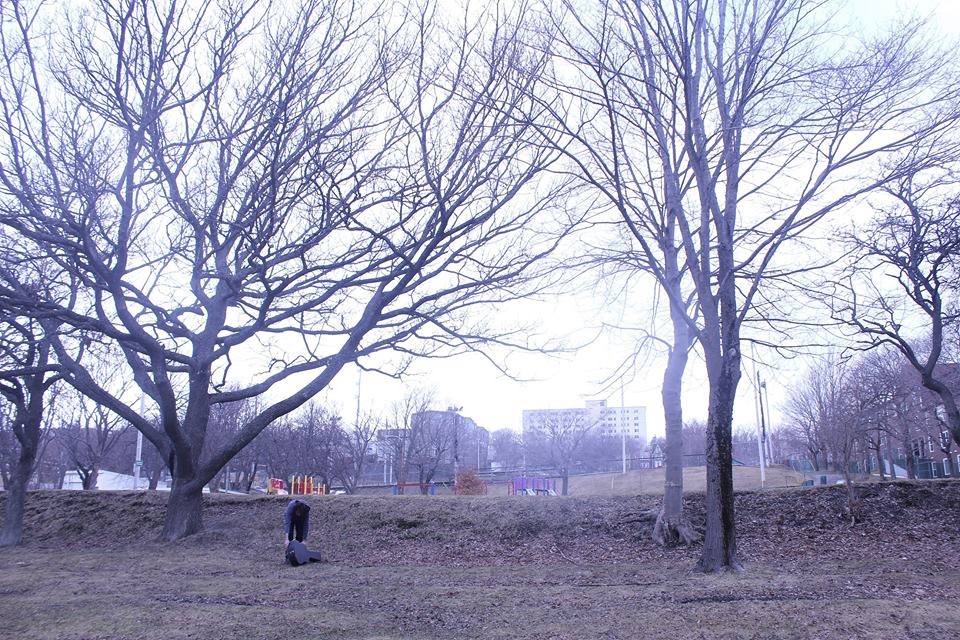 In my previous interview with Katie Dey, she talked about unimportance of lyrics in her songs. What are you thoughts on lyrics?

As much as I love, love, love Katie Dey (‘asdfasdf’ is absolutely stunning) I really have to disagree with her stance on lyricism. My favorite music communicates through tone and language, resulting in the euphoria I often get from it. It would make a great debate I think. I spent quite some time on “Victoria Park” making sure the lyrics said what I needed to get out. However, I would never want my lyrics to ever overshadow the music; it’s definitely the more important and complex element.

Do you prefer working on your music alone or have you ever wanted to have a full-size band?

I definitely like the fact that music requires solitude (in my case anyway). I try to keep Fog Lake a solo project. I played my first set with a band in a while tonight and it didn’t go too well at all. However one of best friends Kenney has been a great and loyal bandmate for awhile now and he’s on three tracks of ‘Victoria Park’, which is new because all of my older records were entirely just me. I’ve always thought the idea of a “one-man-band” was really intriguing however and I felt I was the right person for that, so at it’s core Fog Lake remains my solo project. I’ve always wanted to start a band, but my experiences working with conflicting creative control/input has always been an issue for me, unfortunately. 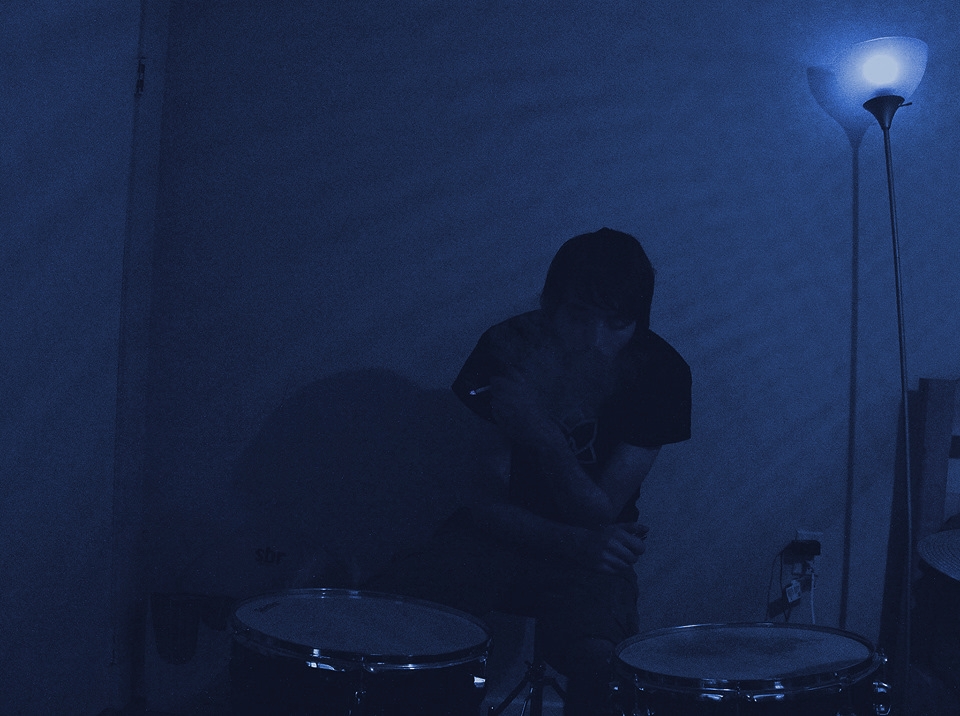 How long did it take to create the last album?

I spent a year writing and recording on “Victoria Park”. While I was making the record I managed to drop out of school, get into two relationships (neither of which worked out), have my stepfather die and lose two jobs, plus plenty of friendships. The last year of my life has been extremely chaotic and emotionally draining, I’m glad to say that ‘Victoria Park’ expresses and sums up those feelings of loss quite authentically.

What is the toughest part of the writing process?

I think the toughest part of the writing/recording process was really trying to make amends with what was bothering me at the time in a cohesive way, that was yet still relatable. I had a lot of bitterness/resentment when I wrote ‘Virgo Indigo’ and I didn’t want to repeat that again. I find myself very unhappy with that record now, I can say that ‘Victoria Park’ is much better.

Do you think your music is influenced by the place where you live?

Yeah, definitely. I find myself torn apart by how much I wanna get off the island of Newfoundland and how much I wanna stay because it’s such an entirely different scene that has so much potential. I wrote about 50 percent of ‘Victoria Park’ out in my home town of Glovertown (three hours away from where I live now) because I have so many memories attached to that place, and it always gets me inspired to write. All of the songs I wrote while I was in Glovertown reflect that time in my life and relate it to what my life entails now, three years after moving away from there, into a much more populated city

Do you enjoy living in North America?

Yes! I’m hoping to do a tour of the eastern States sometime soon. From my few times in America I’ve really dug it.

What is your daily job?

I was doing dishes at a local bar/restaurant. It pays the bills. I delivered pizzas before that. Got fired for driving too fast though.

Is there any music community in Newfoundland and Labrador?

Yes! It’s a lot like high school. That’s kinda what the song “Renegade” is about. It’s very tight-knit and it’s an everyone knows everyone sort of deal. I can finally say that I’ve gathered some local followers which makes me wanna play shows and try to inspire, whether the set’s good or bad. I think there’s a lot of heart in our local scene, which has yet to be discovered.

Do you miss being able to hang out with guys around Orchid Tapes?

Miss? I’ve never met any of them. I feel pretty distant from the label most of the time to be honest. I’m very privileged to have a part in that scene. I’ve got Warren to thank for that. I’m a big fan of every artist on the label so it definitely cheers me up whenever I’m feeling down and out.

Do you have a place where you would love to live?

I’m thinking about moving to Montreal, or possibly running off to California. I could even try Halifax, maybe. I don’t think I can stay on this island for much longer.

Do you have any goals or dreams regarding your music project?

I’d just like to be remembered, and have some financial security. Neither of which I’ve had much luck with.

Did you have any music project before?

I had a few joke/novelty bands in high school with friends, but no. Fog Lake was the first thing I took seriously.

Do you remember what the first instrument you ever got was?

I don’t! I think the first instrument I ever played was harmonica.

Have you always wanted to make music? Did you have support from family?

I can’t say that it was my plan to begin with. I always wanted to do something in the arts, but I never felt talented enough to pursue music. It seems it’s becoming less of a hobby and more of a career the longer I stay working at it. I think it’s what I’m gonna keep doing until the end though.

What did you listening as a kid?

The first CD I ever bought was ‘Hybrid Theory’ by Linkin Park I’m pretty sure. Then it might have been that Smash Mouth record with “All Star” on it or something by the Backstreet Boys. It was bad, man.

What important advice would you give to young musicians starting their own music projects?

What are your current three most favorite bands?

Questions by Filip Zemcik
Answers and photos by Aaron Powell