Cutesy music in 2015 is nauseating; as ukulele youtubers and casiopop bandcampers consistently churn out different shades of the same regurgitated twee novelty, the Internet often feels incredibly over-saturated with a feigned claim to cuteness. With every scan through new releases, the amount of simply weak attempts at ‘indie’ endear we’re continually inundated with as listeners is overwhelming. 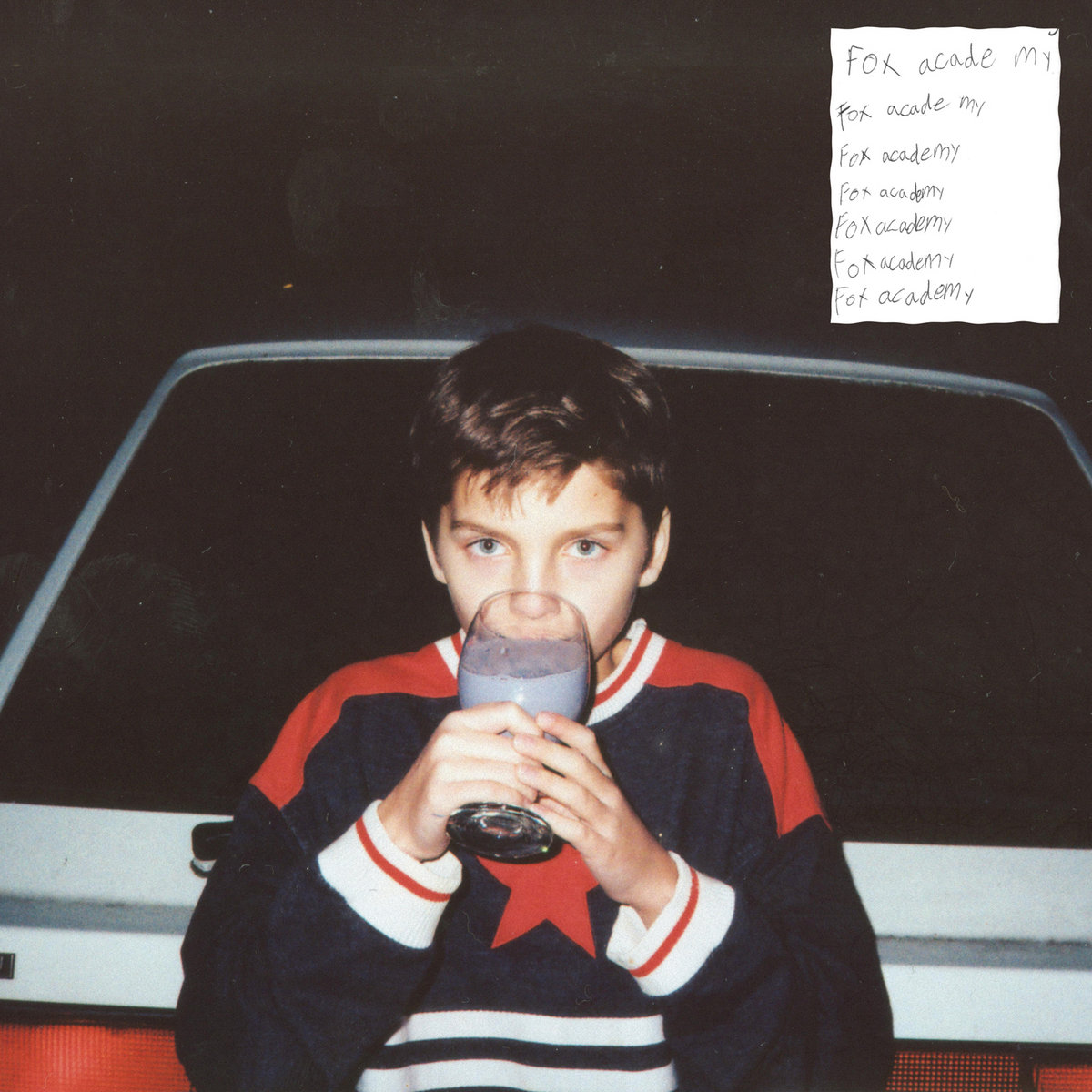 Luxury Beverage, the new album from Portland duo Michael Todd Berland and Christian Novelli, understands this; beneath this thinly veiled cuteness, the duo merges a self-aware nuance of this DIY twee aesthetic with eerie, deeply melancholy undertones. The album is continually seeped in a shameless cuteness; with track titles like ‘i see yr cute decor,’ ‘perrywinkle murder mystery,’ and ‘lavender blood’ and continual references to softer colors, stun guns and grape soda, the pair continually return to youthful cuteness and nostalgia thematically. But unlike others that use clichés of cuteness to compensate for a feigned authenticity, Fox Academy seem obsessed with using a clearly transparent cuteness to thinly veil deeper mental health issues. Much like Julia Brown’s first album, to be close to you, Fox Academy use indulgent twee melodies and arrangements from cheap keyboards, jangly guitars and skittering drum machines to craft an endearingly sweet album musically, further adding to the almost uncanny valley effect of the lyrics. Like a cuteness stretched so far that it’s slightly frightening, the album indulges in both the sappy and the sinister; on ‘lavender blood,’ the duo write, “turn into dust it’s dripping from my gums/ its not enough/ stay neat and healthy/ you need to help me.” Lines like this ooze simultaneously sweet and sinister undertones and give the overall feeling of the album the rough equivalent of looking at a discarded doll, one-time occupying a place of love and affection, but now resigned to a dusty and broken place in the bottom of a dumpster far from home.

Where many of the Internet’s pseudo-cute clichés seem to force-feed themselves through cute vibes in an attempt to compensate for a lack of originality, Fox Academy has internalized this cuteness and attempt to use elements of this wide-eyed youthfulness to speak to the more troubling elements of adolescence.  At times, the lyrics seem to recurrently return to troubling, alienating moments of middle class youth. On ‘vampire banquet,’ the duo write, “ivory ceilings burgundy walls, theres blood i can feel it, as we float through the halls/ and as I start to spin the whole room gets dim,” contrasting images of the comforts of a middle class youth (ivory ceilings and burgundy halls as means of wealth and ‘image’ of the suburban middle class) with ambiguously eerie images of blood (could this be a stand-in for self-harm?) and spinning, a clear image of dysphoric disorientation. Ultimately, Luxury Beverage impressively moves beyond many twee clichés to become a deeply nuanced album, oscillating between a self-aware embrace of DIY clichés and the eerie, darker tones of a jaded middle class youth.