Samuel Wells is a young musician from Victoria, British Columbia. I first came across his name when I started listening to Jackie Trash and later on released their album on cassette. He then started a new band called ACAB Rocky with similar lo-fi sound as JT. This year he released two ambient albums under his own name. However, now he and his pals from ACAB rocky are going to release their new studio album. When I first heard the new single Matches, I immediately fell into it and have decided to ask Sam a few questions about his music projects and his life in Canada. 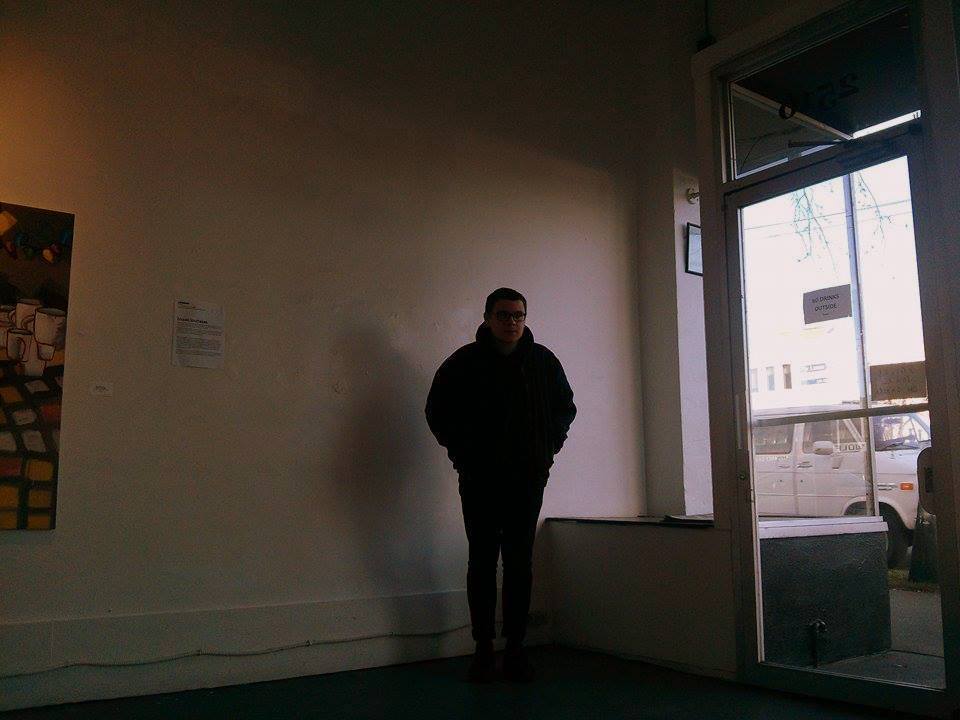 You are releasing in the near future a new album with a completely different sound than previous releases. How have you decided to do your studio album?

Well we have always just made the music that was appealing to us. When we started working on a new studio album, we were listening to a lot of math rock, and emo music so naturally it melded into what we were doing.

Did you have a clear idea before recording how the new album will sound?

Both yes, and no. When we went to Vancouver to record we definitely knew we wanted all the layered guitar parts, but a lot of the synth work that shows up on the EP was added during the mixing stage, and just came of experimentation.

ACAB Rocky is three-piece band. Do you have a lot of time to practice?

We practice pretty frequently to stay tight for shows.

What’s the story behind your name?

When we first started the project we just chose it as a joke. “ACAB” is a very typical punk saying that we just thought was sort of funny. Eventually the band name will change, but it’s alright for now.

You are all pretty young. Are you on the same page with the plans for the band?

We like to take things one step at a time. I think we all definitely want to tour, and put out another record in the near future. Other than that though we haven’t thought a whole lot about what exactly we’re going to do.

I assume you are all from Canada. How did you guys all met?

Well, Oliver (drums) and I grew up together as kids. We’ve known each other for about 13 years now. As for Colt (bass) about 3 years ago we started a very short lived punk band with another friend of ours which Colt was a part of. When ACAB started playing live we needed a bassist so we brought in Colt, and he has since become a full time member of the band.

Does your hometown of Victoria have any music community?

Indeed it does. It has a huge punk and metal community. As well as fairly sizeable folk community. Victoria is a pretty artistic town so there is always plenty going on.

Which bands from your area would you recommend to listen to?

Pinner and is a great lo-fi garage-y band that I love very much. Also Woolworm (who are actually from Vancouver) is as extremely underrated band.

Have you ever thought about moving somewhere else? Where it would be?

Being that we’re all still in High School it’s hard to say exactly what will happen, but I think Oliver and I plan to move at some point. I’ve always found places like Olympia appealing, but as of late have also been considering Montreal.

Recently you have started a solo project with a more ambient, experimental feel. Have you been creating the songs for a longer time period or it is just a recent thing?

For quite a while now I’ve loved ambient and experimental music. Maybe 4-5 months ago I just started making it out of boredom, and found it extremely enjoyable. I threw it online to see if anyone would be interested, and it’s been going quite well. I plan to release a full length sometime in the middle of this year.

Which bands have shaped your music taste when you were growing up?

I grew up on some modern classics like Neutral Milk Hotel, and bands of that sort, but a few artists who have shaped what I do would be Mount Eerie/The Microphones, Steve Reich, Tim Hecker, Swans, Slint, Oneohtrix Point Never, and Women.

Was having a band your dream? How did you come to play music?

I grew up around a lot of music. My father, brother, and cousin are all professional musicians so I think it was implanted in my head at a young age that I could in theory do that. I always played some kind of instrument, but it wasn’t till I turned 15 that I started taking it a bit more seriously.

What do you find the most difficult about writing lyrics? What’s your inspiration?

I have trouble writing directly about myself. I find it easier to just write about characters. Even when singing in first person it’s more than likely not directly referencing myself. I also write a lot of my lyrics while recording, and just see what happens.

What is your biggest dream regarding the ACAB Rocky or your solo project?

Personally I’d love to see something I put out get a vinyl release, as I collect vinyl myself.

And here is the new ACAB Rocky’s single: