After several releases since the start of 2020 and under the guise of thanks for coming, Rachel Brown brings creativeness and versatility fused with highs and fuzz on their new album, to be honest, I was lying which we are delighted to premiere today on Start Track.

The album transitions into this fascinating rollercoaster ride where a flux of melodies move back and forth and all around. Indulgent in some way whilst buoyancy is apparent, there is an underlying sense of droopiness from the whimsical textures and synth reminiscence. This is what it’s like if you take power pop to new depths of sound as each track paves cleverly to the next, fuzzed by a new and slowly turning away from normalities. And even at its most reserved, it’s no brainer that thanks for coming is one of the most prolific and visionary artists out there and to be honest, I was lying definitely upholds that.

Below, you can listen to the album in full and read on to find out more in an interview with thanks for coming.

You’ve released quite a number of full length albums this year which got me thinking, what’s the drive that keeps you inspired to create?

I think I’m broken hahaha. It’s more of a compulsion than a drive. I think I make music because it’s the only time I let myself fully express my emotions. I’m so much more vulnerable in the music I write than I am in real life. It’s funny because I used to think that I’m quite cold and unemotional when I’m with people overall, but listening back to my own music helped me realize I’m actually extremely sensitive. It’s the only place in my life where I feel safe enough to share what I’m really thinking. I’d never say the things I say in the songs out loud to the people I’m trying to talk to. I mean half of the time I don’t even know what I’m feeling and I have to write a whole song so that I can listen to it a month later and figure out what was happening inside of my brain. I have this total disconnection from my emotions and writing music is the only way I seem to be able to fully grasp them.

After I write the music, I have this intense desire to just put it out into the world, as if it will somehow release those feelings from inside of my body into the external world so that they’re no longer inside of me. I don’t actually think this is how it works in practice, but my brain still has the itch to get them out and as far away as possible. That’s why I release so much of it, I don’t necessarily think all of the songs are good enough to be out in the world, but they’re not meant to be good. They’re just vessels for whatever is happening inside of me to get processed and externalized. I’m not writing music to write good music, I just want to feel better. I’m trying to get back to therapy but my insurance situation is totally f*cked right now so I guess this will have to do lol.

Your new record “to be honest, I was lying” radiates an energy that is constantly interesting and gripping— slightly different sounding from your previous releases such as “the last time before the next time”. Can you talk to us about the new album and how it differs from the rest?

Yeah! It’s really different. The whole process of getting the songs together was brand new for the project. I had these songs that I really wanted to release and really produce out, but the full band line up is working on a whole different set of songs so Nate and I decided to get it done with just the two of us. I don’t want to release any more straight acoustic demos again. I’m sick of it. I’m sure everyone else is too. Anyways, we did six of the songs in a single night. If you listen closely you can tell what songs came towards the end of the night because we just kept getting more stoned. Nate is a sound wizard so he would do his thing and suddenly the demos went from demos to flushed out tracks within like 20 minutes. The last song we did was “niagara falls” because I wrote it after we finished all the other songs, but as soon as I wrote it and showed it to him, we agreed it had to go on the album. I’m really happy with how this record came out, a lot of the other music I’ve put out are just collections of demos or specifically “no problem” which consists of a bunch songs that I wrote so long ago that I never really feel like they reflected where I was at as a songwriter or as a person by the time it came out.

How often do you write songs? Do you allot time for it or does it flow and come out naturally?

If I’ve got time and I’m feeling some kind of way then I’ll write a song. I never force myself to write. I mean at this point I feel like I’ve probably written enough music for a lifetime so every song that comes after is sort of just like a bonus track. Sometimes I’ll write songs weekly, sometimes I don’t write a single song for months. It really depends what I’m doing or if anything is happening that I feel particularly compelled to write about. The last song I wrote was right after I watched “Paris, Texas” a couple of weeks ago and I have a feeling I’m not going to write another song until 2021. 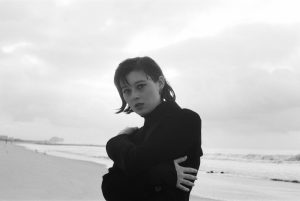 What do you love to do besides making music?

I love TV and films. I love watching them, I love working on set, I loved going to school and learning about them. I saw the most beautiful film I’ve ever seen the other night, “A Brighter Summer Day” by Edward Yang and I can’t explain how satisfying it is to see something and feel it resonate in the deepest part of my being. I felt the same way when I watched “Paris, Texas”. There’s absolutely nothing like a great movie. I don’t think I’ll ever be a director but I’ve always loved writing. Screenwriting was the first thing I really really really wanted to do. I guess I still want to. It’s funny because I have no problem writing music, but I can’t sit down and write a story, even though that’s my dream career. I know I just have to be more disciplined, but it’s so hard to sit down and even attempt to do it. I realized I’ve spent the last year and a half after graduating so terrified of failing that I avoid writing altogether. I’m trying to just feel less anxious about the whole thing. That seems like a good first step towards getting back into writing. I wrote a television pilot in school and I’ve been meaning to go back and edit it, but I wasn’t feeling inspired until quite recently. I was working on set every day this past week, but I think maybe this is the week I’m going to sit down and finally do it. I always say that though. I told that to someone recently and they responded, “You sound just like a writer.”

Speaking of TV and films, I think the writer in you seeps through the lyrics you compose. I don’t know if it’s just me but when I listen to your music it seems to feel like I’m in a story, reliving a main character’s life. Does that make sense? (haha)

Hahaha yeah that makes sense to me. That’s very funny actually. I do have a tendency towards lengthy monologues when I’m writing. I’m glad I finally seem to have found a place for them.

You’re fairly ending the year with a brand new album, how do you feel about that? And what’s a song off the record you had the most fun making?

I think it’s fun. This year feels very nonlinear as a whole, I forgot I released all of that other music earlier in the year and I also forgot that the year technically is about to end. I don’t really feel any type of way about it. I’m sure I’ll release some more stuff in the coming year. It doesn’t matter to me when anything comes out as long as it comes out.

The most fun I had was definitely “stagnant” because Nate had jokingly put in this crazy sounding beat but I was like… Wait this is it. Honestly, it was fun to make all of them. We just smoked a lot of weed and Nate did his thing with the instruments and I said “Yeah!” or “I don’t know about that.” It was great. Really lovely time overall.

‘to be honest, I was lying’ is out now via Beauty Fool Records and you can pick up a cassette tape here.